Past imperfect: recreating 1975 for Blood Groove

When I decided to set my vampire novel Blood Groove in the seventies, in particular the year 1975, I gave myself an interesting dilemma. It was a period I remembered (I was 12 in '75), but not with the historical details I'd need to recreate it. So I had to do a fair bit of research to make sure I didn't get any of the particulars wrong. 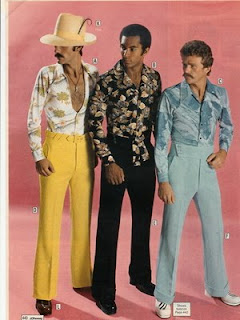 What I did remember, and vividly, were the attitudes of the time, both among the people around me and as presented in the media. By "media," I mean TV, radio and print; these were all we had, and even they were incredibly limited compared to today's all-access culture. For example, there were only three TV networks, and each major city had one station for each. With such a limited choice, we had the kind of cultural nexus almost impossible now. We all watched Happy Days, for example: it was something you had in common with just about everyone you met, regardless of age or ethnicity. We all knew both the latest ABBA song, and the new one by the Ohio Players, because the same radio station played both (and few radio stations were cooler than WHBQ in Memphis). And while there were numerous music magazines, the clear touchstone was Rolling Stone. 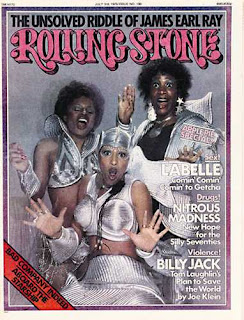 We had divisions, of course: American Bandstand vs Soul Train was a big one. So was Led Zeppelin vs Lynyrd Skynyrd. But cultures overlapped far more than they separated, because with so few outlets, you couldn't afford to be picky or you'd miss something.

On a more immediate level, 1975 was an interesting melting-pot of consciousness and obliviousness. It was after the big events of civil rights and the women's movement, the former of which made a significant mark on the South. In my home town of 350 people, the races had no choice but to get along, with the result that, for us kids at least, racism seemed both dated and unwieldy. (A caveat: I realize I'm speaking from the point of view of a lower-middle-class white boy, and my African-American schoolmates may have a vastly different view of our shared history.)

As for the women's movement, for us it existed primarily on television, where Mary Richards, Ann Romano and Maude Findlay made us laugh at the sexism they constantly battled. It certainly had little or no relation to the women we saw every day: our mothers, teachers and older sisters. I don't mean they didn't care about such things, but if they burned any bras it was in the privacy of their own homes, and if they resented the glass ceiling it wasn't mentioned at the dinner table. Southern gentility was much more of a priority than any political movement. 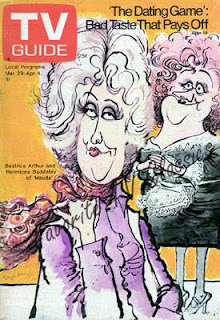 So those things I recall vividly. And in doing research for my very specific place and time, I confirmed that it was, essentially, like that. And what can I say? We did call each other "jive turkeys," warned potential combatants to "get the funk out my face," referred to an attractive woman as a "fox" and a "brick house," and (God help us all) expressed our approval with "Dy-no-MITE!" Using this slang in the book does date it, but that's the point. If Baron Zginski had appeared five years earlier or later, or in any other place, the story would've been entirely different.

So when a reviewer mentions the "...appalling treatment of female and minority characters," and another commenter states that "the blaxploitation dialogue was lame," I can't offer a defense. From the perspective of 2009, those comments are undeniably true. But to tell the story I wanted to tell, and deal with the thematic issues that interested me, I couldn't set this novel in 2009. And I couldn't recreate 1975 without accurately depicting the attitudes of the time.

From my standpoint the comments you mentioned in reviews are valid points - and points that make this story stand out against others in the genre. Would they say the same thing in a review of To Kill a Mockingbird?

That is today's greatest sin. Political Correctness and a trend to want to forget the past. Wasn't there something about forgetting the past dooming us to repeat it?

I still stand by my original review of Blood Groove being one of the best vampire stories I have read in a while, and the dated story is one of the biggest characteristics of that.

Thanks for the kind words, Joe. I appreciate it.