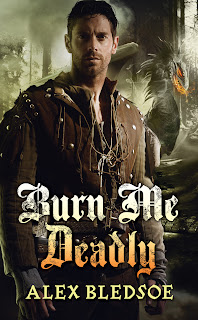 Here's the mass market paperback cover art for Burn Me Deadly, from the same artist who did Dark Jenny. What do you think?

(Don't yet have the official release date, but I'll post it ASAP.)

Like pretty much everyone I know, I have a massive TBR (To Be Read) pile of books filled with probably awesome literature. Some I've started, and for whatever reason never quite returned to. Some I know I'll have to make myself read one day. And some--often the unexpected ones--I pick up and literally can't put down.

That's the joy of reading that professional writers can lose track of. We have books we have to read for research, books written by friends, books that we've been asked to blurb..."reading for fun" often gets pushed way down the stack. And a lot of these books are fun to read, even if the reading is prompted by one of these ulterior motives. But there's nothing like being captivated by something you didn't expect to grab ahold of you so quick, and so tight. Horton Foote's second volume of memoirs, Beginnings, did that for me. 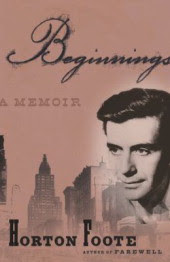 Foote (1916-2009) was a Pulitzer Prize-winning playwright and a two-time Oscar-winning screenwriter. When Beginnings begins, he's a 17-year-old just arrived in Pasadena to study acting. Before long he's in New York, starting to write plays and begin his subsequent momentous career. He name-drops a lot of people you've probably heard of, and a few you haven't, but what's interesting is that he never presents anything remotely gossipy or aggrandizing about these people. They're just the folks he met along the way, most of whom treat him kindly. There's no backstage romance, no backstabbing, and not much back story: the book starts, tells its tale and ends. Heck, he even covers meeting his wife, courting her and their marriage in one paragraph. Simple, sure, but it's the kind of simplicity that is as rare as spring in Wisconsin.

He also uses a lot of dialogue. This might seem odd in a memoir, because truthfully, who remembers that many actual conversations from years ago? Yet because he's a playwright, and because he doesn't present anything that sounds remotely "speech-y" or false, it becomes a non-issue. Most of the conversations simply convey information, the way they do in real life.

In fact, what makes Beginnings work so well is that Foote's style is so minimal, and so realistic, that it's virtually nonexistent. He does an extraordinary job of simply getting out of the way of the story, a lesson more authors (including yours truly) could probably stand to learn. If you've seen the 1983 Robert Duvall film Tender Mercies (source of one of those Oscars) you have an idea of what he does, and how well he does it.

Beginnings reads most of all like an elaborate "thank you" to the people who helped that young man from Texas make his way in show business. Its Texas-flavored graciousness is part of its considerable charm. I read a fair number of author biographies (most recently Low Road, about Donald Goines), and usually they seem to succeed despite their personalities, not because of them. Foote seems the opposite: he's decent to everyone, and everyone is decent in return. It may not be entirely true, but I'd like to think it is.
Posted by Alex Bledsoe at 4:29 AM No comments:

The horror of pink toenails

I'll warn you up front, this is a rant. My last one was about the deification of Ron Moore. This one is a lot more personal, and also thankfully much briefer.

Apparently this J. Crew ad has been pissing people off because it shows a woman painting her five-year-old boy's toenails. The ad quotes the mom as saying, “Lucky for me, I ended up with a boy whose favorite color is pink.”

Some of the outrage from experts:

"Propaganda pushing the celebration of gender-confused boys wanting to dress and act like girls is a growing trend, seeping into mainstream culture. --Erin Brown, the Culture and Media Institute.

“This is a dramatic example of the way that our culture is being encouraged to abandon all trappings of gender identity,” --psychiatrist Dr. Keith Ablow for Fox News.

And a couple of representative comments from the public, courtesy of TODAYMoms:

"Ah yes... another unhappy mother who wanted a little girl but instead got a boy. Now she is trying to change him into what she always desired. Either that or she is a closet lesbian and she is trying to ruin her kids child hoods."

"Shame on that mother and how dare she want her SON to wear anything feminine. He is a boy and should be treated and reared as such..PERIOD!!"

Thankfully, lots of moms and other experts have stepped up to challenge this nonsense; but now, because you're here, you get to hear from a dad.

My oldest son is six years old. He loves swordfighting, playing soccer, Godzilla movies and the Green Bay Packers. He also loves Stevie Nicks and, as part of his fannish excitement, for a brief period he liked dressing up in billowing skirts and scarves while lip-synching to "Edge of Seventeen." He also occasionally wants his mom to paint his nails.

Now, do the last two things cancel out the first four?

I understand that this "controversy" is basically the result of trolls looking for something to be offended by, rather than any real substantial issue. But it still irks me, because it's one more example of adults co-opting aspects of childhood for their own ends. In my experience a five year old boy is incapable of gender confusion unless his family forces the confusion on him. He's simply unconcerned with accepted gender roles, and has the wide-open ability to enjoy things whether they're traditionally "masculine" or "feminine." We lose that when we become aware of things like social embarrassment, shame and peer pressure, three joys of adulthood waiting in my son's near future. And we lose some of childhood's magic every time these trolls do something like this.

In the meantime, though, he's free to enjoy whatever aspects of gender he wants, up to and including nail polish and billowing skirts. He gets the magic as long as he can.
Posted by Alex Bledsoe at 9:19 AM 8 comments:

Recently a family emergency prompted a visit to my hometown of Gibson, TN. It has a population of around 300, with no school, newspaper, public library or sit-down restaurant. It's a notorious and unapologetic speed trap. And judging from the condition of a lot of the houses around town, it's fully embraced Tennessee's status as number one in the nation for meth labs. But surprisingly, two artistic types emerged from this town: yours truly, and noted roots-country musician Dale Watson 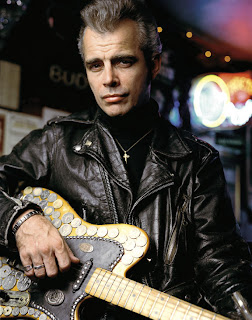 I grew up in Gibson, but Dale was only there for a year, when we were both fifteen. Born in Birmingham, AL, he's since been claimed by both Texas and Bakersfield, CA. Still, I consider the year he lived in Gibson to be just as formative, even if at the time he was more into Hendrix than Haggard. His father and older brother continued to live there after he left, and he's written at least one song specifically about a long-lost Gibson institution: 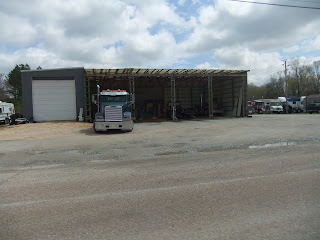 (The location of the former Jack's Truck Stop in Gibson.)

At the time we met, I was at the height of my Star Wars obsession, and wanted to be the next George Lucas. I was determined to use my Super 8 movie camera to make THE definitive movie about Bigfoot using stop-motion animation for the monster. Dale was the only friend I had who understood this, and his older brother even starred in the one scene I managed to complete (alas, like Orson Welles' cut of The Magnificent Ambersons, my film has been irretrievably lost). 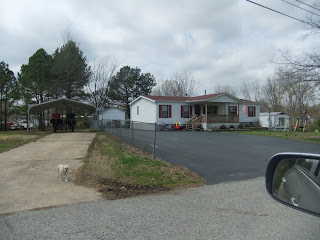 (The site of Dale's former house; Jack's Truck Stop is just down the hill through the cedar trees behind it.)

One high point of our friendship was the summer night he and I walked from Gibson to the nearby town of Humboldt along Highway 79. There's a quirk to this trip: the sign in Humboldt says Gibson is four miles away, while the sign in Gibson says Humboldt is six miles away. Either way, we walked about five miles, talking about whatever it is teenage boys talk about (use your imagination), until a local older teenager known as "Bird" (a.k.a. "Big Bird," because she was very tall; oh, we were witty) saw us just as we reached Humboldt and offered us a ride back in her car.

The fallout from this was predictable. Dozens of people passed us, of course, and my mother was mortified that her son was seen walking along the highway at night like some common...well, highway-walker, I guess. Propriety had much more importance back then than it does now. I don't know if Dale got in trouble, but I somehow doubt it: I suspect his father understood just how maddening Gibson could be to boys not old enough to drive, but certainly old enough to understand that they lived in a town that considered them weird and therefore hated.

Dale and I lost touch over the years, and while I've followed his music and exchanged some e-mails with him, we've only spoken once. He's had a tragic life that I won't get into here, but he's also produced a body of work that at times astounds me with its depth and honesty. While I was home this past weekend I was forced to endure part of the Academy of Country Music awards show, and realized how pandering and shallow today's mainstream "country" music is compared to what Dale does. I wish Dale the best, and hope someday to have a chance to sit down and seriously catch up on things. In the meantime, I can wholeheartedly recommend his music.
Posted by Alex Bledsoe at 4:23 AM No comments: