Darkness on the Edge of Fabletown 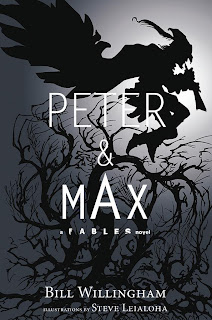 I just finished Peter and Max by Bill Willingham, an extremely well-written tale set in Vertigo Comics' "Fables" universe where fairy-tale characters exist in a sort of vast commune called "Fabletown." Moving, intense and gripping, I'd love to recommend it without reservation, but I can't. You see, it's dark: the kind of trendy Dark Knight-dark that everyone wants now. And truthfully, as a reader, a writer and a parent, I'm worried about, and wearied by, this trend. I mean, if everything is dark, then what is there to see? 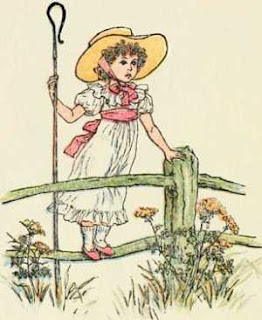 Consider the tales of the Pied Piper of Hamlin, Little Bo Peep and Peter Piper, the core stories at the heart of Peter and Max. "Peter Piper" is a pretty innocuous tale, a basic tongue-twister with no real ulterior meaning. "Little Bo Peep" is a simple rhyme about a shepherdess and her lost flock, who will return when they're ready. Not only are they not "dark," they're innocent. They have no ulterior meaning. 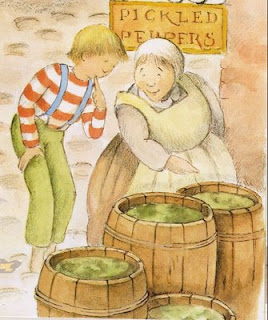 "The Pied Piper," now, is a whole other thing. Depending on the version, the Piper charms the rats from the city of Hamlin, then when the city refuses to pay, does the same to their children. In some variations, the city repents and the children are returned. In others, the children die as the rats did. Either way, as a story intended for children, the morals are clear: don't go along with the crowd; beware of charming strangers; pay your debts. All important lessons for later in life. 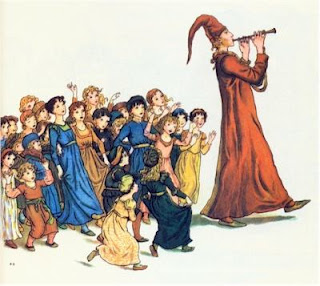 So what's my problem?

Simply this: by darkening every single goddamned bit of childhood lore and harmless nonsense, we're in danger of giving our kids a literary and emotional future bereft of innocence, delight and hope.

Over-reaction? Maybe. But look at our super-hero movies. The successful ones (The Dark Knight, Iron Man, Spider-Man) are all violence-laden PG-13 epics one "F-bomb" away from an R rating if they weren't major studio productions. Yet each supports a tsunami of marketing aimed at an audience both theoretically too young to see the movie, and completely unequipped to fully comprehend it. Many of these kids do see them, of course, and what they experience are conflicted, uncertain heroes with barely any moral difference from the villains they pursue. When your own moral sense hasn't had time to fully form, what context can you provide for these things? And what do you take away from them?

Which brings me to Peter and Max, and the plundering of fairy tales.

Disney has received a lot of criticism, some of it justified, for watering down their source material. Yet for years, the name "Disney" told parents that the subject matter would not cross any tacitly-accepted social or moral borders. They would entertain, provide a bit of excitement, and any moments of darkness (i.e., Bambi's mother) would be redeemed by the end. Most crucially, the moral borders would be clear.

So is our world simply too jaded, too cynical, too marinated in its reality-TV/remake-laden navel gazing to have room for this any more? Even for our kids?

Look around. Tim Burton has a new version of Alice in Wonderland, with a grown (i.e., sexy) Alice in place of the innocent little girl. The film version of Where the Wild Things Are expands a simple bedtime story into an elegy for lost childhood. Fairies have gone from Tinkerbells to Jezebels. And for me the worst offender of all is George Lucas, who has an animated TV show to get kids invested in Anakin Skywalker, knowing full well that those same kids will eventually see their beloved hero murder helpless Jedi children in Revenge of the Sith.

None of these, individually, are necessarily bad story ideas. A few, in their execution, have been transcendent (Neil Gaiman's work, for instance). Collectively, though, I worry that they indicate we no longer have the capacity as a society to embrace and appreciate the pure innocence of the source stories (not to mention our apparent inability to invent our own, which is a whole other topic). And as a writer, a reader and a parent, that makes me sad.

As did Peter and Max. 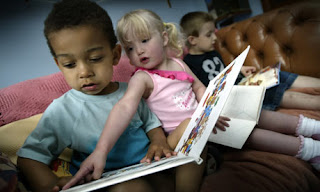